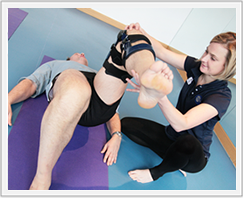 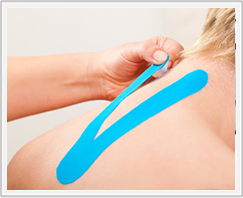 Where it all began.

Natasha Sauerman graduated from the University of the Witwatersrand with a BSc (Physiotherapy) in 2005. She is a go-getter by nature and has excelled in her field during the last decade.

In 2006 Natasha completed a year of community service at Carolina Hospital in Mpumalanga. As the first physiotherapist at the hospital, she shared a doctor’s tearoom with two occupational therapists, making use of the boardroom table as a treatment bed. After a few months the situation improved and she received her own room with working equipment. Her day consisted of hospital rounds, home visits, exercise groups in the local settlements and old age homes, and setting up a kangaroo mother baby section in the hospital with the occupational therapists for premature babies born there.

After picking up so much valuable experience during her community service, Natasha worked in Alberton in the Union and Clinton hospitals, as well as the Mulbarton hospital. This allowed her to acquire valuable private sector experience in paediatrics, rehabilitation, orthopaedics and medical and surgery.

During the period between 2008 and 2011 Natasha relocated to Pretoria where ICU, orthopaedics, medical, surgical and home visits formed the main part of her busy days. In 2011 she returned to Alberton to take up employment at Union and Clinton hospitals where she was a locum in maternity, paediatrics, gynaecology, medical and surgical, rooms work, post hospital discharge and walk in clients. Once again, a vast amount of knowledge and experience was obtained during this time, and after this venture Natasha felt confident enough to open up her own practice.

In 2012 Natasha opened up a private practice under her own name. Situated at at 63 Clinton Rd, New Redruth, Alberton, she specialises in paediatric respiratory therapy as well as back and neck physiotherapy, pre and post operative therapies. Ever the achiever, Natasha has every intention of expanding her practice and improving on her already impressive skill-set.

Completed her community service at South Rand Hospital which is a specialized adult rehabilitation facility.

Her Passion is children and she has a special interest in Neurodevelopmental paediatric physiotherapy.

For more information on Natasha Sauerman's physical therapy, Contact Us!